It was a beautiful, slightly foggy morning for my walk to the Max. Andrew didn’t go downtown this morning and Michael had to be at his conference pretty early so I walked alone. 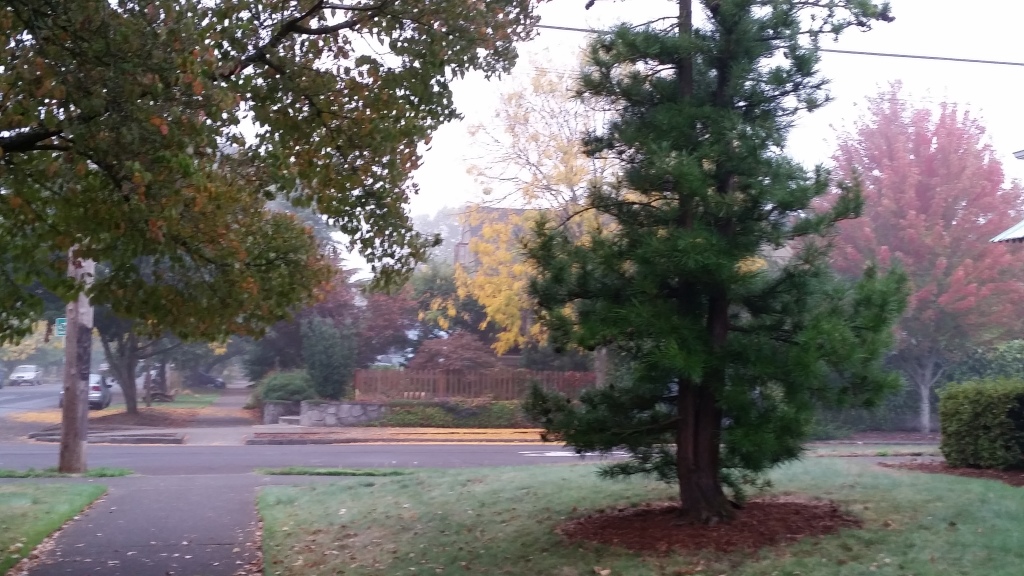 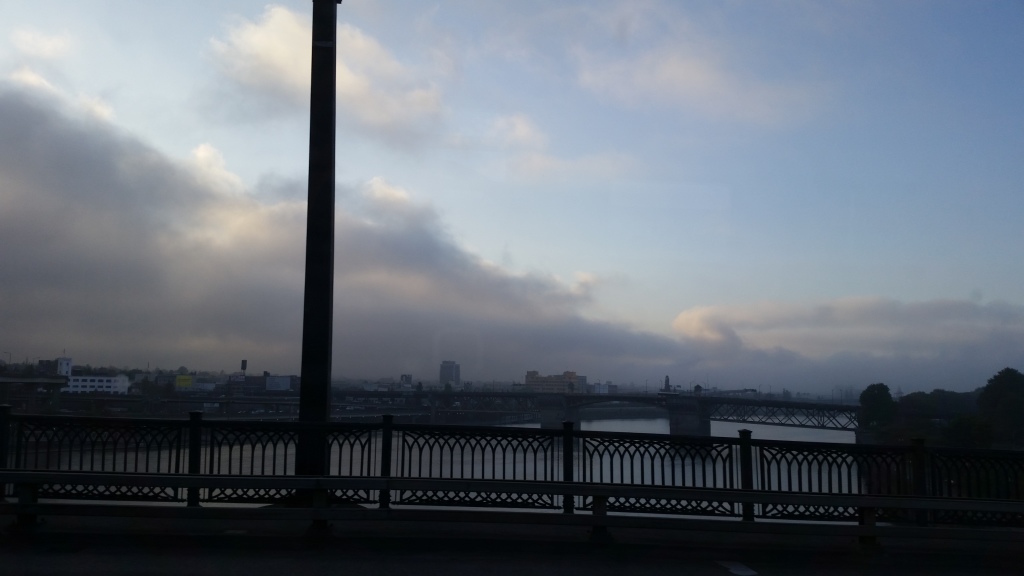 After check in Lukas gave a talk and demo of Travis-CI. She had me create a pull request so she could show the live test build. After it started building she asked if I made an error in it so we could all see it fail. Doh! That was a great idea but I hadn’t done that. And then the build failed! I had been rushing and didn’t fix the date field in one of my blog posts. It’s in a markdown header and the date has to be correct. So it ended up being a good accident. I quickly fixed it and made another pull request. This time all was well and the site built successfully.

I decided to toggle ‘needs info’ on bug 589320 that I commented on weeks ago. Nothing had ever happened since I originally commented with what the diff would be in the code. I wasn’t sure if it would do any good so was very happy when I got a response. It was suggested that although the change was small, a patch should still be filed because it makes it easier to review and change. I quickly generated and filed a patch. It’s not a big or very important patch but it’s something! It was approved later in the day so I guess it gets landed at some point.

I talked with the code reviewer on the drama filled bug 671705. He still wants to commit my function to strings.js so I went ahead and filed a patch for that. He’s heading to the states in the morning so this may not get landed before Ascend ends. Oh well. He also wants me to open a bug for the other issue he kept trying to get me to fix even though it had nothing to do with the bug at all. I need to read and understand what this new issue is though before I do that.

We got to go out for lunch again today so of course I went back to Los Gorditos along with Peri, Yenni, and Barbara. It was just as good as the time before.

Throughout the day I helped quite a few people with various questions regarding Travis-CI. It’s new and some were pretty frustrated to get a build fail. I did my best to help and make this transition as easy as possible.

While I was helping I was trying to get some old blog posts uploaded. I had been pretty busy so ended up getting behind in uploading my posts to the Ascend site. I was still behind by one post so I spent the remainder of the day trying to get that written.

I headed home and Michael happened to be done for the day at his conference so he caught the train a few stops up. We walked home together talking about this and that. When we got home I suggested we take Michael to Handsome Pizza. Wayne and Andrew thought this was a great idea so we walked down there. They were SO busy! Matt told us it would be about an hour and a half before we could eat and then offered to call me when our pizzas would be just about ready. That sounded great to us and Andrew had a haircut appointment around the corner anyway. We walked back home and hung out until he called.

When we got back down there our pizza had just come out of the oven. Perfect timing! We started eating and soon Andrew joined us. The pizza was excellent as always and it was still early by the time we were done. We walked home and had time to watch a movie. I had just quoted Tucker and Dale vs Evil yesterday so when I saw it pop up on Netflix I suggested we watch it. It was just as funny the second time!

Today I learned that even long time professionals make mistakes and that’s ok. It’s how one handles things afterward that makes all the difference.